﹛﹛Rebecca Falvey was preparing to bring her play, The Crevice, to the Bus Stop Theatre when things locked down. As a pandemic pivot, instead of a play, The Crevice instead ran as a three-episode season, live-streamed from The Bus Stop. – Contributed

﹛﹛The COVID-19 pandemic and subsequent lockdowns have forced most people to adapt to new ways of performing our jobs, the majority of which have been folks transitioning from office life to working from home.

﹛﹛Then there were others, who work for themselves, who have had to adapt their whole business model on the fly. Entrepreneurs didn’t stop opening businesses during the lockdown; they just adapted to the new normal, offering delivery or bolstering online shopping options.

﹛﹛That’s great if you’re in the business of food or retail. When you’re an up-and-coming magician, though? That requires more creative solutions.

﹛﹛Such was the case for Vincenzo Ravina, a Halifax-area illusionist who recently appeared on Penn & Teller’s Fool Us reality show. Ravina had plans to ramp up his thaumaturgy from a hobby to something of a part-time business, bolstered in part by his recent exposure on national television. 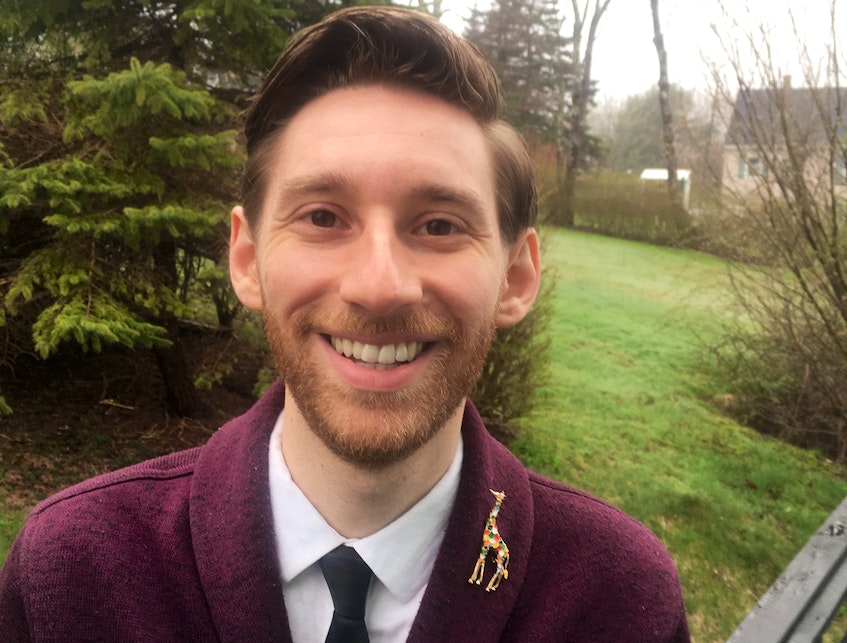 ﹛﹛Vincenzo Ravina, a Halifax-area illusionist who recently appeared on Penn & Teller’s Fool Us reality show, normally does his magic show in front of a live audience. His pandemic pivot has included virtual shows, offered both privately and publicly. – Contributed

﹛﹛Of course, the whims of fate had other plans.

﹛﹛※Right after getting back from Las Vegas, after shooting that episode of Fool Us, the coronavirus pandemic struck,§ says Ravina. ※It made it so in-person performance could no longer be a thing.§

﹛﹛Ravina was already booked to perform for the Halifax Fringe festival last fall, and when the event announced it would pivot to a virtual format, Ravina realized he needed to do the same 每 challenging though that may be.

﹛﹛※I＊ve always felt that magic is best experienced in person, right in front of you, because if it＊s happening to you, you can＊t be, ＆oh, it was an actor,＊ or any number of easy explanations,§ Ravina explains. ※So, translating magic to the virtual space has definitely been a challenge. You want to do things that people can get that same feeling from.§

﹛﹛Magician Vincenzo Ravina’s virtual shows has allowed him to reach a wider audience. Recently, one of the people who attended a virtual show was able to tune in and listen while driving. – Contributed

﹛﹛Ravina’s magic act wasn’t the only performance art jeopardized by the pandemic. Rebecca Falvey was preparing to bring her play, The Crevice, to the Bus Stop Theatre when things locked down.

﹛﹛※It was originally a play, but it was always kind of like a love letter to sitcoms,§ says Falvey, who, alongside her creative pursuits, also tends bar at Bearly’s in Halifax.

﹛﹛※I describe it as a sitcom about people who need sitcoms. I＊ve always appreciated television comedies for being available company.§

﹛﹛Falvey’s longtime friend, Meg Hubley, was also producing the show, in their role as a producer at The Bus Stop Theatre and organizer of its Writer’s Circle program. The Crevice was not only saved but perhaps enhanced by a bit of serendipitous spending.

﹛﹛※There was some emergency funding that they received, and they bought cameras, they upgraded their Internet.§

﹛﹛Rebecca Falvey describes The Crevice as as a sitcom about people who need sitcoms.

﹛﹛Instead of a play, The Crevice would run instead as a three-episode season, live-streamed from The Bus Stop.

﹛﹛※It kind of made sense and gave us a way to use those cameras artistically, and that was really exciting,§ says Hubley.

﹛﹛Falvey adds, ※Turning it into an episodic serial was kind of meant to be.§

﹛﹛Likewise, Ravina workshopped his virtual magic show with friends before a successful run at Fringe.

﹛﹛※I had never made magic to be viewed through a webcam,§ says Ravina. ※But I ended up being really happy with how the show has evolved.”

﹛﹛Now, he offers the show virtually, for both public and private shows.

﹛﹛※I did a 95th birthday party, with over 100 extended audience members from all over the world,§ adds Ravina. ※That＊s also been a big positive, just the fact that people can come from anywhere. In fact, my last show, a guy was driving!§

﹛﹛It’s not just entertainers that are experimenting with Zoom-based businesses. Educators, such as tutors and special presenters, are also learning how to connect with their students via screens.

﹛﹛Justine Gauthier has taught math for the University of New Brunswick for years, while also tutoring college-aged kids in the Fredericton region on the side.

﹛﹛※I never imagined not doing it in person,§ says Gauthier. ※But obviously, when the pandemic hit, I had to shift how I did things.§

﹛﹛Gauthier used to land tutoring gigs through mostly word-of-mouth, but now that she’s offering her tutoring services online, she’s availing her services through websites like Kijiji, and has even started a YouTube channel to help her stand out above the competition she now faces on classifieds sites.

﹛﹛Sisters Ella and Abby Hanson have spent the last few years visiting classrooms to teach kids about Gaelic. Their presentation 每 Up With Gaelic 每 has been converted to an online presentation package teachers can purchase from the Hanson sisters. – Contributed

﹛﹛※I started a YouTube channel, so that people could look at my video and say, ＆Oh, I＊d like to talk to her about math 〞 she＊s not just some boring old man who＊s going to yell at me when I get the answer wrong,＊§ she explains.

﹛﹛※I＊m here to have fun with math, is how I want to present myself.§

﹛﹛Sisters Ella and Abby Hanson 每 16 and 19, respectively 每 have spent the last few years visiting classrooms to teach kids about Gaelic. Their presentation 每 Up With Gaelic 每 has been converted to a presentation package teachers can purchase from the Hanson sisters.

﹛﹛※We＊ve had several requests over the past year and a bit to record for different events,§ says Abby. ※Over the summer, we worked on developing the presentation so that it could be completely virtual.§

﹛﹛None of these ventures were without their challenges, but each saw unexpected upsides and, as a result, should be a more robust business model once lockdowns are a thing of the past.

﹛﹛※We were hesitant to put the presentation out virtually,§ says Ella. ※I think it＊s more accessible for people because it doesn＊t just have to be for a classroom.§

﹛﹛Going online has also allowed Gauthier to take clients on from outside her area.

﹛﹛※I think it＊s made me a lot more flexible,§ says Gauthier. ※Also, it does widen my reach. I definitely will keep [the virtual] portion, at least as an option.§

﹛﹛Ravina plans to continue offering web-based services once the threat of COVID-19 has passed.

﹛﹛※I really like the virtual shows, so I will offer virtual shows for as long as there＊s demand,§ says Ravina, who offers both private and public shows. The public shows are pay-what-you-can, he adds.

﹛﹛Falvey is currently working on securing funding for a second season of The Crevice.

﹛﹛Falvey adds a bit of parting advice, for those considering whether or not to turn their business virtual.

﹛﹛PHOTOS: Putting on the glitz at Bus Stop Theatre for In My Shoes Drag & Fashion Show